Encampment Tigers get conference win against Saratoga, prepare for homecoming game against LSRV 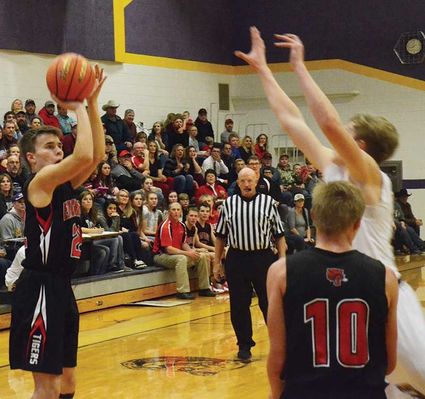 Dayne Anderson, left, prepares to shoot past Saratoga on Thursday.

"Thursday was a good basketball game," said Jake Johnston, head coach of the Tigers. "Both teams played hard and well. I thought we shared the ball well as a team. Saratoga is a tough team that is coached very well. It was a good win for our program."