Lit up for Christmas 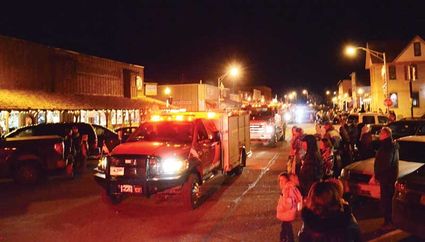 The annual Lighted Christmas Parade will be held at 5:30 p.m. on Saturday, Dec. 7 and will begin at Bridge Ave. and River Street as it goes through historic downtown Saratoga. While waiting for the parade to begin, residents and visitors are encouraged to take advantage of local retailers and "shop small" this season. The parade will end at the Platte Valley Community Center, just in time to welcome Santa and Mrs. Claus at "Winter Wonderland."

The parade announcer and entertainer each year is Teense Willford, who created the event during his time as executive director of the Saratoga/Platte...