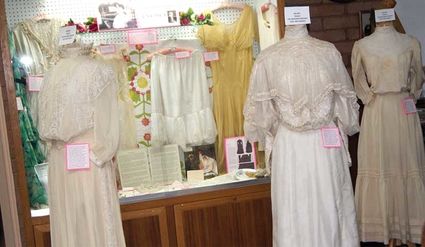 Different wedding dresses are showcased as part of the "Women of Wyoming" exhibition at the Grand Encampment Museum.

In other words, it gave women the right to vote.

While this American landmark amendment is hitting a century in 2019, Wyoming will celebrate the 150th anniversary of women voting. The Wyoming Territory approved the first law in the U.S. granting women the right to vote and hold office in 1869, more than...