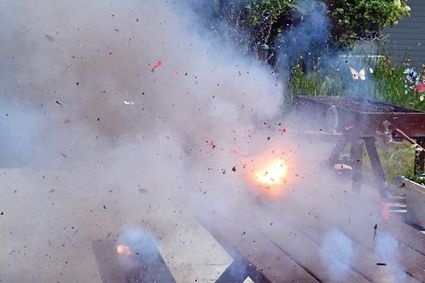 This bomb went off at the Saratoga Care Center on July 12.

The group met to plan a bombing. Picking an experienced shooter was also added to the blueprint.

No, the scene was not a surly group of terrorists meeting in an abandoned warehouse-but a gathering invited to formulate a yearly federally-required disaster drill at the Saratoga Care Center.