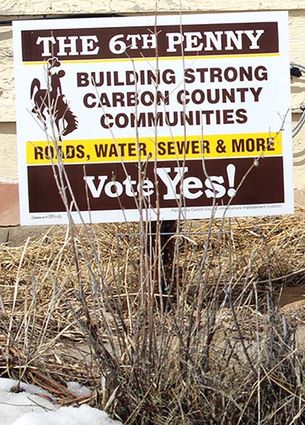 A 6th penny sign is visible in a Hanna yard.

The Carbon County Council of Governments (CCCOG) met at 6:30 p.m. on March 20 at the Sinclair Town Hall.

After everyone identified themselves at the meeting and voting members for the different municipalities were identified, a quorum was established.

The minutes and treasurer's report were approved quickly.

An update of the Specific Purpose (6th penny tax) was given by Joan Evans from George K. Baum and Company.

"I am just really pleased to report that Jon (Nelson),...