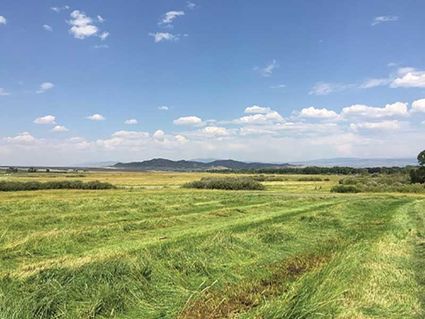 Scenic meadows on the Peryam Ranch rest under a big Wyoming sky.

The Upper North Platte River Valley, much like the rest of Wyoming, is filled with family histories that are an integral part of the history of the area as well. The descendants of original homesteaders often still operate the very ranches founded by their ancestors. Sometimes, though, a family will find that they are working on far less land than their forebears. Such was the case for Alan Peryam, great-grandson of William T. Peryam.

"Suddenly, you look up and this famous old ranch, one of the original ranches in the Valley, is only down to our 600 acres. That became impetus for us to purs...