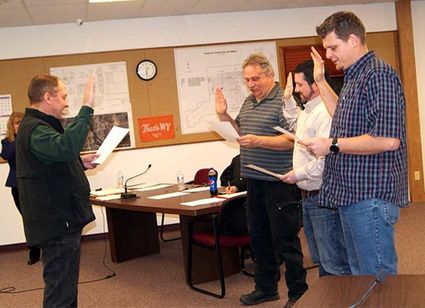 The agenda and minutes from Dec. 18 were quickly approved as well as the financials which totaled $121,778.38.

After approving the financials, Glode gave the oath of office to the new mayor, John Zeiger, and new council members, Bob Keel and Jon Nelson. When the swearing in ceremony was over, Glode and Raymer stepped down from the council table and Zieger, Keel and Nelson joined...