Cutting up in Hanna 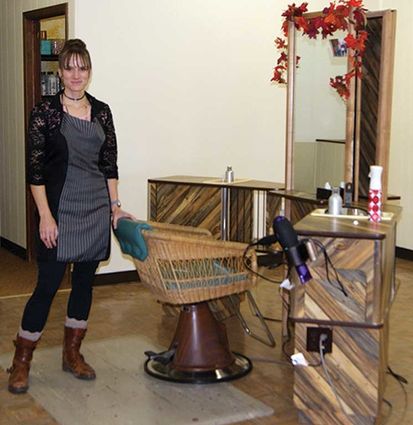 Kinsey Hendricks at her hair salon in Hanna.

It has been several years since a hair salon has been in the town of Hanna. That has changed recently with the opening of Troublesome Tresses. Owner-operator Kinsey Hendricks realized there was a viable business opportunity that would allow her to work and still be able to raise her five children.

Hendricks was raised in Carbon County and came to Hanna because housing was affordable when they moved to the town 13 years ago.

"We knew we wanted to have a large family and the prices in Hanna were reasonable, so we came here," Hendricks said. "It was a good decision."

She met her husband, Micha...