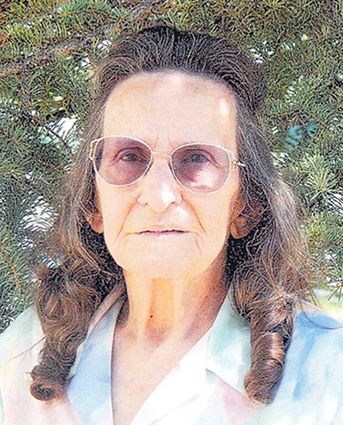 Janet Lou Herring, 86, of Encampment passed away on Monday, Dec. 3, 2018 at Hospice of Laramie. Janet was born to Fredrick and Violet Rutschman on Dec. 1, 1932 in Midwest, Wyo. After graduating from Encampment High School in 1950, she attended the University of Wyoming for a year before marrying the love of her life. Janet and James Ellis Herring were married on October 21, 1951 in Encampment.

Throughout her life, Janet was heavily involved in her community. She sat on various boards, including the museum board, and taught as a student teacher. She was Deacon at Encampment Presbyterian Church, served as municipal judge and brought EMT services to Encampment.

In 1998 she retired from the Forest Service where she worked as an information specialist. In her free time, Janet enjoyed knitting, gardening and woodworking with the lathe. Music was a big part of Janet's life. She gave music lessons and sang in numerous choirs.

Janet is preceded in death by her parents Fredrick and Violet, and her brother Karl Rutschman. She is survived by her husband of 67 years James Herring, their three children Elvis E. Herring, Debra C. Cook, and Dana L. (Travis) Thornton, grandchildren Carrie Cook, Cassie Thornton, Trevor Thornton and Jordan Thornton, and numerous nieces and nephews.

A funeral service was held at Encampment Presbyterian Church Monday, Dec. 10, 2018 at 11 a.m. with burial at Encampment Cemetery following. Pastor David Cole officiated. A memorial donation can be made in Janet's name to any charity in lieu of flowers.

The Herring family would like to thank the staff of Rawlins ER, MCR, Laramie Care Center and Hospice of Laramie for their care of Janet. Her family would also like to thank everyone who has offered prayers, food, help and support during this time.

Arrangements are under the direction of Montgomery-Stryker Funeral Home.

To send condolences or to sign the online guestbook, please go to www.montgomerystryker.com.