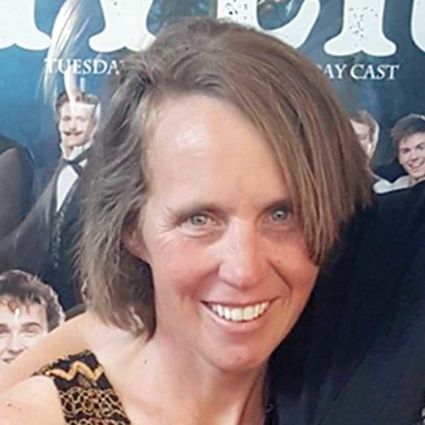 Lori was born on a snowy Saturday morning, May 17, 1975 in Rawlins, Wyoming to Michael James and Connie Jo (Everist) Patterson. She was their first beloved child and would later be the elder sister to twin brothers, Patrick and Paul.

Lori attended Saratoga schools from kindergarten through her high school graduation in 1993. During her school years she played the flute in band, was the manager for the volleyball and basketball teams, a member of the National Honor Society and graduated from Saratoga High School with honors in 1993. She spent one summer working with the Youth Conservation Corps for the US Forest Service and thus began her lifelong love for trees, plants and flowers.

In July of 1993 she married Wade Henderson and the young couple made their first home while attending the University of Wyoming. Their daughter, Alysia Lee, was born during their college years. Lori graduated from UW with a B.S. in Botany in 1997. Although she held other jobs throughout her life, she was able to use her degree in the job she held for 10 years as the arborist for the Evanston Parks and Recreation Department. She also served on the Evanston Tree board and was a member of the International Society of Arboriculture.

She enjoyed hunting, fishing, camping, floating the river, going to plays, sampling craft beers and spending time with family. Lori's love of outdoor activities may have begun the first year of her life when her family lived in a tent near Newcastle. Mike was logging in the area and, because there was a housing shortage, the family lived briefly in a tent. Lori learned to walk on the uneven ground around a campfire pit.

Lori loved to spoil her nieces, nephews and her two grandpuppies. She recently took up bowling and was a member of the Evanston Women's bowling league. She also attended several painting classes in recent years, sharing the experience with her daughter. Lori loved eagles and her home was filled with all manner of eagle collectibles.

She is survived by her daughter, Alysia Henderson of Story, Wyo; her parents, Michael and Connie Patterson, of Saratoga; Brothers: Pat (Stephanie) Patterson, of Saratoga and their children Angelina Rae and Tinsley Kay; Paul (Angie) Patterson of Conifer, Colo., and their children, Brandon, Tyler, Heather and Sam; her grandparents, Lila Patterson of Rawlins and Virgil Everist of Las Vegas, Nev.

She will also be missed by numerous aunts, uncles, cousins and friends.

She is preceded in death by her grandma, Rose Everist; grandpa George Patterson, mother-in-law, Phyllis Henderson and by an uncle, Gary Everist.

The family asks in lieu of flowers to plant trees or flowers in her memory, or make donations to the National MS Society's 2019 WalkMS event in Casper for the team "Red Hot Chili Steppers". This was the team she had walked and fundraised with over the past seven years.