Learning, but ready to wrestle

Nine boys and a girl head to the mat for HEM 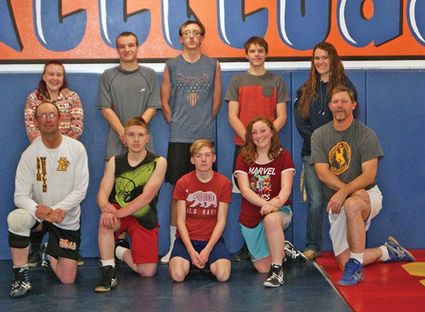 "Its a new season and we have 10 kids signed up to wrestle," Lyle Richardson, Hanna, Elk Mountain, Medicine Bow (HEM) High School head wrestling coach said, "We have a fairly fresh and young team."

He said that of the 10, only three were returning from last year and that only two had any mat time to speak of.

"We have one wrestler who played basketball last year, but decided to wrestle this year," Richardson said. "We also have some new kids move into the community that have wrestled other places and some kids have never wrestled before, but were athletic in other sports."