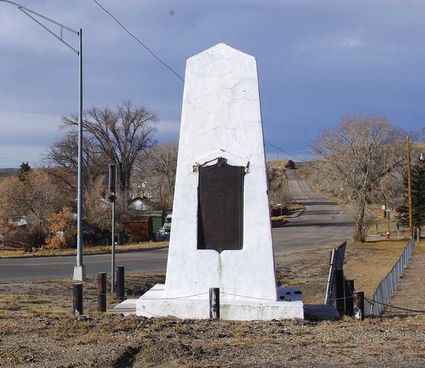 Carbon County School District No. 2 has given the Hanna Basin Historical Society (HBHS), a non-profit corporation, permission to assume management of the World War I Monument situated on school property in Hanna at their board meeting on Oct. 15.

"We will be in charge of having it completely restored back to its original shape and we will be responsible for it and try to get it on the historical register," Diana Springsguth, president of the HBHS said.

The monument was vandalized in the summer of 2015 when the bronze plaque was taken off the stone monument. The plaque, dedicated to all those that served in the region during WWI, was found later that year.

Springsguth said she was contacting different masons to find one to do the job of getting the plaque back on the monument.

"Nobody is willing to do it yet because it is an extensive project," Spring said. "I do have a private donor that is willing to fund it."

She said the State Historical Society was going to help HBHS find a qualified mason. She expects the cost for the restoration project to run between $5,000 to $6,000.

The ownership of the property and monument was donated to the school district in 1952 by the Union Pacific Railroad Company. The monument was originally dedicated on July 4, 1920.

The WWI monument, in addition to having a plaque of names who served in the war, also had a time capsule put inside the historical memorial.

The box's contents did show damage when it was retrieved.

"The time capsule was actually a cigar box, so it cracked and leaked and most of the stuff inside was destroyed, but what we could make copies of, we did and put in the museum," Springsguth said. "All that was originally inside will go back to the site of the monument."

Nancy Anderson, Carbon County historical authority said not all the documents were destroyed. 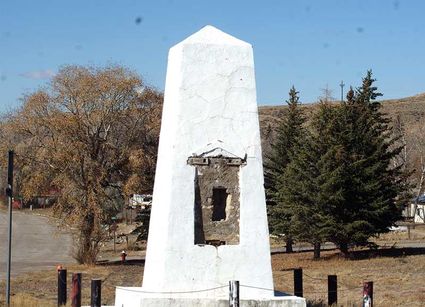 "There are some documents that are very legible and can be read," Anderson said. "Papers like the donors to the Red Cross is still good."

Anderson laughed when she said, "There is some good old one hundred percent American war propaganda."

She said most of the photographs were in bad shape. Still HBHS has scanned copies of them and placed them in the Hanna Basin Museum.

"We are preserving as well as we can and conserving what was there," Anderson said.

The monument's restoration is not only news for Wyoming.