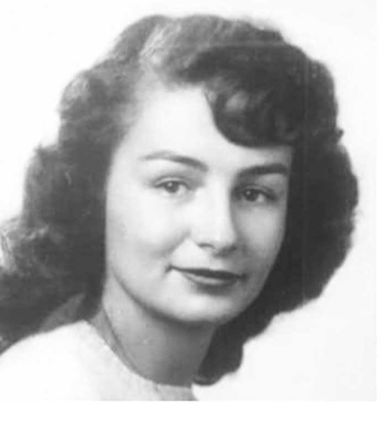 Viola Mildred Mooring of Hanna, Wyo., passed away July 30, 2018. "Millie" spent her last week of life in the care of Central Wyoming Hospice & Transitions in Casper, Wyo., surrounded by loving family and wonderful caregivers. Millie Mooring was born June 29, 1928 in Coalmont, Colo., to Harvey and Erna Turner. She shared a rugged, self- reliant childhood with nine siblings on a small ranch on the Little Grizzly Creek twelve miles West of Coalmont. She often shared fond memories of riding horseback to the one room Butler Schoolhouse. When she reached high school age she had to board in Walden, Colo., to attend school and also had a part-time job cleaning cabins to pay for her room and board. She was a very good athlete and while in high school she was invited to go to Denver to play with a professional women's team. She was very proud of that accomplishment. Millie graduated from North Park High School in Walden, Colo., in 1947 and soon found herself married with a young family. Millie moved to the coal town of Hanna, Wyo., in 1960 with her husband, Mason Lane, and their five children. She was a part of the Hanna community until her death. Her children were her priority and she attended all their sporting events, concerts, and plays. She chaperoned, was a 4-H leader and very active in the PTA where she held several offices including President, and was a big part of their school life. She was a playground supervisor, first woman to sit on the Town Council, played pool and won many women's and mixed tournaments, loved to bowl and was on a league in Sinclair for several years, and had large, wonderful gardens and enjoyed her many flowers. She loved to hike in the mountains and could hike with the best of them and collected rocks wherever she went. She loved to fish and was good at it. She enjoyed sewing, reading, pets, grandchildren and great-grandchildren. She owned a number of small businesses, tragically lost her oldest son, Terry, in a ranching accident, and added one more family member, a son, Mason. After her divorce from her husband Mason Lane in 1972, she finally settled comfortably as a single, independent woman content with her job as Hanna Postmaster, from which she retired in 1991. Her children hosted her 90th birthday party at the Hanna Rec Center with over 50 of her family and friends in attendance. At her party, Millie was able to rise and give a delightful speech of appreciation to all for their love and care. A part of the Hanna community for 58 years, Millie will be remembered for her smile, love of the mountains and nature, her many stories of growing up in North Park, her concern for others in the community, and love for her children, grandchildren, and great-grandchildren. Millie was preceded in death by her parents, Harvey and Erna Turner, son Terry Lane, brothers Chuck, Herb, Harvey, Robert and Richard Turner, sisters Marilyn McNew, Hazel Weatherwax, and Lillian Turner. Millie is survived by one sister, Patricia Sanders (Ron), her five children; Frank Lane (Sandy), Donald Lane (Robin), Pam Paulson, Susan Pickett (Jim), and Mason Lane, nine grandchildren and fourteen great-grandchildren. A memorial service will be held at the Hanna Recreation Center in Hanna, Wyo., on September 22, 2018 at 11 a.m. Donations may be made to Central Wyoming Hospice and Transitions, 319 S Wilson, Casper, Wyo., 82610-2943. 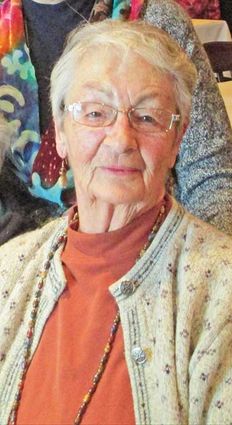