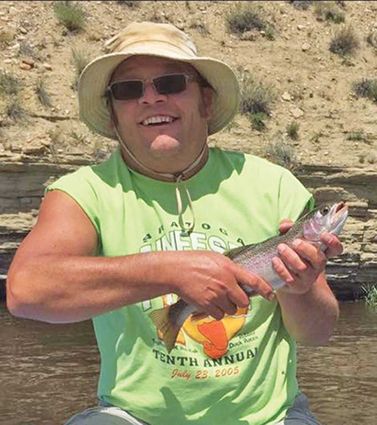 At the age of 47, Donald Wayne Price died unexpectedly at UCHealth Medical Center of the Rockies in Loveland, Colo. the evening of September 4th after a tragic and fatal car crash south of Saratoga.

Donnie, as he is known by many, is survived by his parents Tim and Maureen Price of Virginia Beach, Virginia; The love of his life Theresa Shirley of Saratoga; His two step sons Brett Brady of Rawlins and Cody Shirley of Saratoga; His brothers Barry Price of Kalamazoo, Michigan and Bruce Price of Virginia Beach, Virginia, and his sister Annette Pulaski of Hummelstown, Pennsylvania.

Donnie was born on October 6th, 1970 in Kalamazoo, Michigan. The family later moved to Saratoga in the early 80's where Donnie became a permanent Platte Valley resident. Donnie graduated in 1988 from Saratoga High School with the nickname "Don Jovi" due to his love of 80's hair metal and the larger than life hair that accompanied him. Shortly after graduating, Donnie started his career as a carpenter, and spent the rest of his life perfecting his skills in the trade.

In the fall of 1998, Donnie met Theresa Shirley and they soon fell in love and created a life together. Although never marrying, every aspect of their lives were bound in union with no shortness in love and family. Having no children of his own, Donnie treated Theresa's sons with love, respect and pride as if they were his own.

Donnie was a well known, active community man that touched people's hearts with every interaction. He served as Chairman of the Joint Powers board in Saratoga for many years. His career of almost 30 years with R.G. Raymer Construction allowed him to put his mark all over Carbon County and show his amazing talent and artistry with carpentry. He was a leader, a mentor and a helping hand to so many people in the Valley. His smile rarely faded and his laugh was so unique and infectious, that people around him couldn't help but feel jolly themselves with his presence. He had passion for fishing and the outdoors. In the summer you could guarantee to see him pulling his raft in or out of the water every weekend. Everyone that knew Donnie knows he is now in heaven catching record size trout and hollering down "FISH ON" to the rest of us.

The family would like to send their thanks and love to everyone that has supported and showed condolences in this tragic and sorrowful time. So many people came to the aid of Donnie's family that it is proof that he was a loved and cherished man to everyone. A special thank you to all the Emergency and Medical personnel that tried so hard to help save Donnie's life.

The family will be having a private memorial for Donnie. A celebration and remembrance of Donnie's life will be held at a later date. The family asks and appreciates everyone's patience until a time can be established.