Music on the road

Musical 'gypsies' play Saratoga on their way through Wyoming 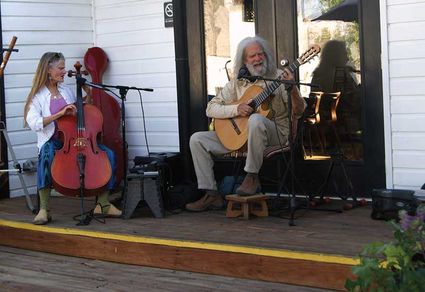 Carl Bernstein and Marilyn Priddy rolled into Saratoga on June 13 in the early afternoon and approached Tona Hall, manager of Firewater Public House (Firewater) about singing and playing music for food and tips.

Hall listened to the couple's pitch and after trying to get in touch with owner Danny Burau with no success, she decided to give them a chance.

After the deal was done, the couple left to get their instruments, a cello and guitar. Although their music is acoustic they have state of the art sound equipment to amplify their music.

Burau came in before the group was to play and was hap...