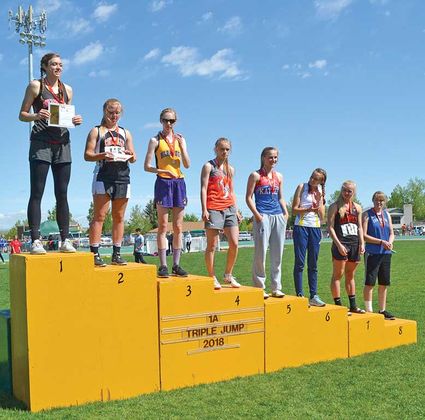 Paige Powell collects her 1st place award for the Girls Triple Jump. This is one of three top prizes Powell collected over the weekend in Casper

"Despite the weather, we had a strong finish for the most part," said Kegan Willford, head coach for the Encampment track team. "We had some state champions, some school records broken, many personal bests and a girls' team trophy at State track."

Junior Paige Powell placed 1st in three of the four events she competed in and set a...