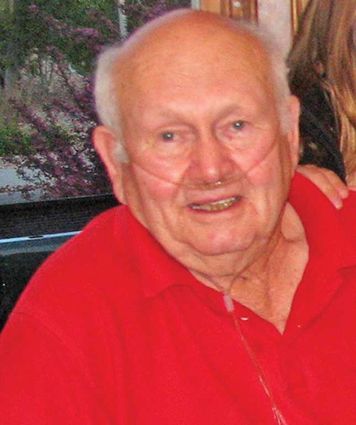 Lyle Everett Wessel, 84, passed away on Easter Sunday, April 1 , 2018, after having been with his wife, all of his grandkids, son, and daughter-in- law.

Lyle was born in 1933 in Kansas City, Kansas to Ernest Christ Wessel and Laura Florence Goodell. He grew up in Visalia, California and moved to Encampment in 1957 after serving four years in the navy and marrying Encampment native, Dauna Kay Herring on Aug. 26, 1956.

He worked at Hines Lumber Mill and LP in Saratoga for 19 years, operating heavy equipment and working in the woods. After retirement, he worked at the Encampment landfill and in the wheat fields for Anderson Farms. He and his wife moved to California for a short period to run a hotel and then returned to the valley. They enjoyed many years of camping and fishing at Hog Park where Dauna was also a campground host.

He is proceeded in death by his parents, and son, Damon Wessel.

Lyle is survived by his wife, Dauna, his sister, Wynona (Al) Haggard, and brother, Don Wessel both of Idaho; his eldest son, Brent (Gayle) Wessel of Encampment, and his three grandchildren, Lindsay (Jake) McKinney, Kyle Wessel, and Kaylyn Wessel who lovingly knew him as Papa.

He participated many years in the Jamboree parade first with his mini tractor pulling his grandkids in, "Papa's Train Gang," and later with his antique motors. When his grandchildren moved to the valley in 2009, he became a grand Encampment Tigers fan. Since their graduation, he continued to root for the Tigers at every home game through the 2018 season.

A memorial service will be held at the Encampment Presbyterian Church on May 5, 2018, four days before what would have been his 85th birthday.