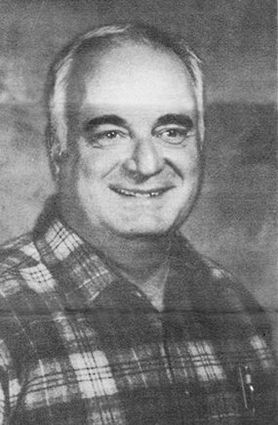 Roderick David Laird, of Saratoga, Wyoming, passed away on the morning of January 31, 2017, at the Davis Hospice Center in Cheyenne, Wyoming, after three months of battling an infection following knee surgery. His loving wife of 45 years was by his side.

Rod was born in St. Francis, Kansas, on October 10, 1937. He was the cherished only child of Dorothy Dunn Laird, a native of St. Francis, whose grandfather established the first newspaper in Cheyenne County, and Lorence David Laird who grew up in the Wichita area and was a lifelong respected educator. Rod's family moved to various towns in Kansas as his father's career advanced, finally ending up in Bird City where Rod graduated from high school in 1955. Upon graduation he received a Senate appointment to the first Air Force Academy class, but did not qualify due to a heart arrhythmia, so instead he enrolled at Colorado School of Mines for a year and then Kansas Wesleyan University where he earned a Bachelor of Arts in History and Government. Rod also earned a Master of Education in Secondary Education and History at Colorado's Adams State College, and a Master of Science in Deaf Education at Eastern New Mexico University.

During his lifetime, Rod worked in many school districts in New Mexico and Wyoming. As a teacher, assistant director and innovative multimedia creator, his work at the Wyoming School for the Deaf was well known throughout the state of Wyoming. It was in Carbon County, Wyoming, while teaching middle school in Saratoga that Rod was named Wyoming's Teacher of the Year in 1990. It was common for his family to hear stories of how he changed a student's life with his dynamic and caring teaching methods and he continued, throughout his life, to enjoy hearing from many of his former students. He was a pioneer in creating and using film and media in teaching and understood the need for hands-on learning. In 1989 he also received the Reader's Digest National Endowment for the Humanities Award which allowed him a one year sabbatical to travel to Russia and do research concerning the most recent findings on the peopling of the Americas. Rod had a deep passion for the study of early man and archeology. He wrote several books on the topic including: "Window In Time: The Story of the Discovery of the Casper Site." "The Finders." And " The Atlatl Book." He has been called the "father of the modern atlatl movement" which is still thriving today.

Rod was not only an avid outdoorsman, jewelry maker, author, and beloved teacher, but also a hero to his four children and best friend to his wife. One of the most important things Rod taught his family is that happiness doesn't come from money and material objects, but instead from relationships, love of family, and enjoying the simple moments in life.

Rod was a gentle and amazing human being who will be greatly missed. A family service will take place in early summer.

My condolences to the family. He was one of my all time favorite teachers. So patient and kind. Taught us make Atlatl's. May he Rest In Peace.