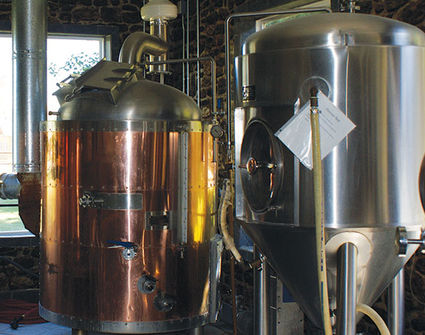 Brewing vats shine in the Snowy Mountain Brewery where beer is made at the Saratoga Resort & Spa. There are typically 8-10 beers on tap at any time.

The Saratoga Resort and Spa has been recognized on CNN's travel website as one of the best "Luxury Beer Vacations."

"I'm often surprised when we make these lists, because we get these honors from time to time," said Cindy Loose, Marketing Manager at the resort. "But to be a part of the CNN-I mean, there's only like, ten of America's Luxury Beer Vacations. I'm just amazed that we are there and we're in such great company. If you look at the businesses that are there-I'm just in awe."

The Saratoga Resort and Spa is the second oldest brewpub in Wyoming and it has been recognized in-state as...