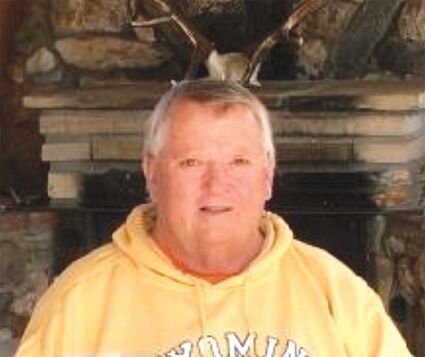 Tommy was born in Rawlins, WY on October 3, 1957, to parents Robert and Virginia Waeckerlin as the the youngest of three sons–his brothers Rod and Gary.

In his youth, Tommy participated in little league, marching band, bowling and learning to golf at the old Sinclair Golf Course.

One of Tommy's proudest moments was earning an Amateur Grand Slam, achieving a combined pitch and no-hitter in little league with his brother Gary. His achievements also included bowling a sanctioned 300 game and having a witnessed hole-in-one while golfing.

Fondly referred to as "Tweener" by his closest family and friends, Tommy was known for his ability to cover an entire case of beer by himself, finishing a beer in between everyone else.

Tommy built a 30-year career with the Union Pacific Railroad as a brakeman and conductor. After retiring from the railroad, he found a second home with Rochelle Ranch Golf Course where he worked for the last ten years as the water supervisor and helping wherever needed to enhance the local course.

Tommy's greatest joys in life were spending time with family and friends, with many memories built around golfing, spending time at the family cabin, hunting and fishing-jokingly having "79 different ways not to shoot or catch anything"! Ironically, Tommy would often have the most hunting success by coming home with the largest deer or elk with seemingly little effort!

The ultimate volunteer, Tommy dedicated much of his time to local service organizations including

Elks Lodge 609, Masonic Lodge and the Korean Shrine. Giving back to his community and helping children were deeply valued by Tommy and brought him much happiness.