The Panther 4-0 victory hasn't happened since 1960 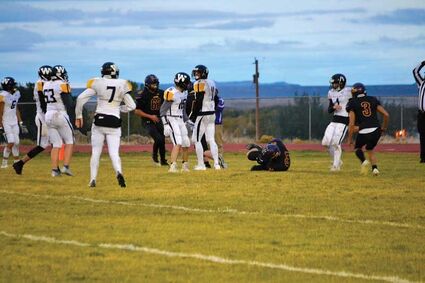 Kellen Reeder, Panther 61 was instrumental in Saratoga's win with two safeties against Wright that has not been done in 62 years.

Logan Wright, Head Coach of the Saratoga High School football team had a good feeling his Panther team would do well against the Panther team from Wright, Wyoming, last week. He also knew the other Panthers wanted to win badly and it would be a tough game.

He was right. The game was a defensive showdown. Neither team scored a touchdown. However, two safeties were scored by the Saratoga Panthers. It didn't add up to a lot of points, but it was enough to win.

"It has been since 1960 that there was a score like this in Wyoming football," Wright said. "This score has not happened in over 60 yea...