Honoring one of their own 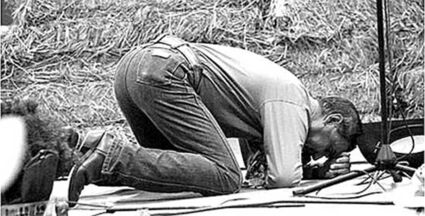 The late Chuck Larsen 'throws a fit' during a performance at a previous Grand Encampment Cowboy Gathering.

Chuck, one of the founders of the event, passed away earlier this year. He was the Gathering's first emcee and featured poet in 2002 and prior to his death was scheduled to emcee and entertain again at the upcoming 20th annual celebration.

However, from his grave Chuck would urge that "the show must go on." Stepping up to emcee the show and sing is another founding membe...