The Art of Waugh 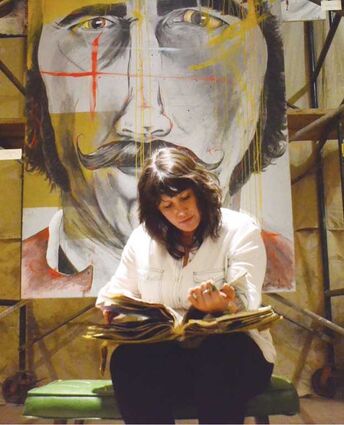 Jamie Waugh's eye-catching artwork will soon be seen on the side of the Sage Motel on 1st Street in Saratoga as part of the Platte Valley Public Art Project.

Saratoga native Jamie Waugh was announced by the Platte Valley Arts Council (PVAC) as one of six artists selected to create a piece of art as part of the nonprofit's public art display project in a recent press release from the organization.

Waugh has a background in fine arts with work which reflects the harsh terrain, bitter elements, and the undisciplined inhabitants one encounters on the backroads of southern Wyoming.

Waugh will paint an 8 foot by 30 foot mural on the side of the Sage Motel in Saratoga. It will feature a cowboy's torso and arms leaning against a barbed wir...