Saratoga boys will enter tournament as No. 2 West seed 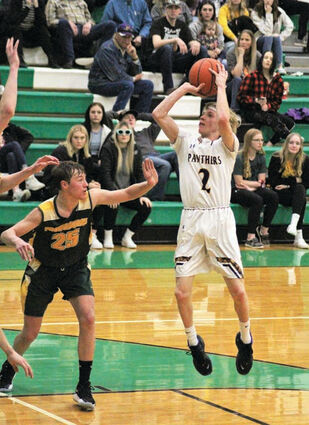 Saratoga's Grady Bartlett prepares to make a shot during the 1A West Regionals in Lander over the weekend.

The Saratoga Panthers have officially punched their ticket to the 1A State Basketball Tournament, returning to Casper for the third year in a row.

The Panthers' will enter the state tournament and will return to the Ford Wyoming Center as the No. 2 West Seed. That placing came after Saratoga dealt losses to the Ten Sleep Pioneers and the Farson-Eden Pronghorns before falling to the Dubois Rams in the championship round.

"Our goal for the regional tournament was first and foremost to qualify for state," said Head Coach Jason Williams. "We were fortunate enough to achieve that goal on Frida...