Saratoga boys secure win against Rattlers for No. 1 seed 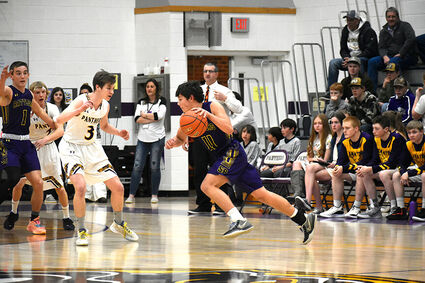 The Saratoga Panthers are heading into the 1A West Regional Tournament as the No. 1 Southwest Seed following a tight game with the Little Snake River Valley (LSRV) Rattlers on February 11 in the Panther Den.

While the Panthers were nearly undefeated in conference wins as the regular season came to a close, nothing in the 1A Southwest Conference is guaranteed. On a nearly weekly basis, the rankings of the conference can see drastic changes as top teams fall to the bottom.

"We knew it was a big game coming in-a win would mean the No. 1 seed in the southwest for the regional tournament," said...