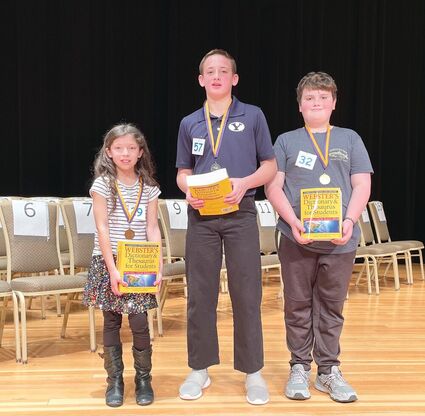 From left, Averie Sanchez, Snowdon Williams and Cooper Smith pose with their prize dictionaries on January 21.

The Saratoga School Spelling Bee was held on January 21 at the Platte Valley Community Center with 57 students in grades 2-7 participating.

These students, along with the top 3 spellers from grades 2-7 as identified by their classroom teachers, attended the Carbon County Spelling Bee in Rawlins on February 9. The event was held at the Jeffery Center.