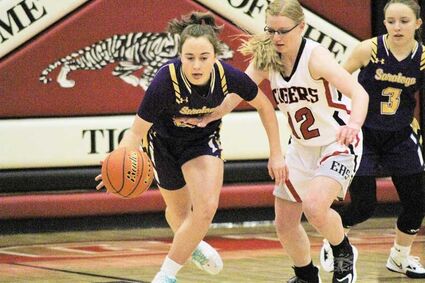 The Saratoga Lady Panthers are sitting in the No. 3 spot of the 1A Southwest Conference as the season begins to draw to a close. On Saturday, Saratoga was hosted by the Encampment Lady Tigers for a tight win against their Valley and conference rivals.

"It was a very competitive, hard fought game that went down to the wire," said Head Coach Heather Bartlett. "There were multiple lead changes throughout the game and I don't think either team ever led by more than 4 at any point in the game."

Even in a close game, somebody has to win and in the final minutes, it went the way of the Lady Panthe...