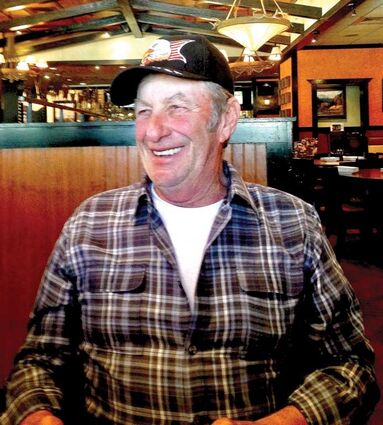 Robert Charles O'Connor, of Elk Mountain, passed away at home on December 11, 2021, at the age of 80, surrounded by his loving family.

Bob was born on February 22, 1941, in O'Fallon, Illinois, to Edward and Gertrude (Gerardi) O'Connor. He was the second oldest of 9 children. Bob graduated from O'Fallon High School and attended Belleville Jr. College in Illinois. In 1961, he married Sally (Schmitt) of Belleville, and they had four children. Living in Raymond, Illinois, Bob worked as a welder and then as a heavy equipment operator. After years of hunting in Wyoming, in 1978 Bob and Sally fulfilled their dream of moving their family to Elk Mountain. Bob was a heavy equipment operator for Arch Mineral in their Hanna mines for the next 27 years, until retirement in 2005.

Bob had a passion for all things Caterpillar and after retirement he started building his own heavy equipment collection. He became known locally as "Backhoe Bob" and was always ready and willing to offer a helping hand. He loved the outdoors and was an avid hunter and fisherman. He had a strong faith and was an active member of St. Joseph's Catholic Church in Hanna. He loved spending time with his family, friends, grandchildren, and great grandchildren. He made friends easily wherever he went and never met a stranger.

Bob was preceded in death by his parents, brothers Thomas and David, and a sister Mary Becker.

Services will be on Sunday, December 19, at St. Joseph's Catholic Church in Hanna, Wyoming. The Rosary will be at 2:00 pm, Funeral Mass at 3:00 pm with reception to follow at the church. Internment will be at Elk Mountain Cemetery the following day.

Memorials may be made in Bob's name to St. Joseph's Catholic Church, Hanna, or the Elk Mountain Community Church.