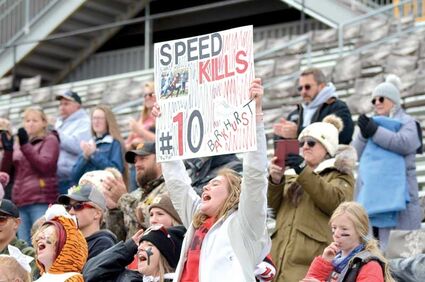 With the high school football season over, the Encampment Tigers have ended it as the No. 2 team in 1A Six-Man Football.

Not only was this the first time in school history Encampment had made it to the State Championships, it was the first time the Tigers were State Runner-ups. Just three years into their program, Encampment had a nearly undefeated season with their only regular season loss being to the Little Snake River Valley (LSRV) Rattlers.

LSRV would also deal the Tigers their championship loss with a score of 65-24.

As the two Carbon County teams faced off in the 1st quarter of t...