The Black Diamond of Carbon County 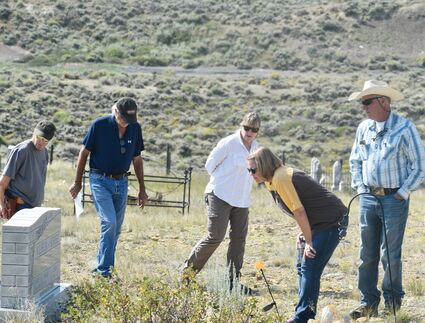 Sarah Jones looks closely at a gravestone to check out the name as GEM trekkers look on Saturday afternoon.

"Carbon- a town in the county of Carbon, Wyoming. Eight four miles by rail northwest of Laramie. Coal mining is carried on here. It has three churches, a bank, a common and high school, and a newspaper office. Population 1140."

This description was quoted from "Lippincott's Gazetteer of the World", published in 1893. A gazetteer is a geographical dictionary which describes every place on earth.

At the time of publication, Carbon had already peaked. About a decade before the gazetteer published its stats, the town approached nearly 2,000 residents.