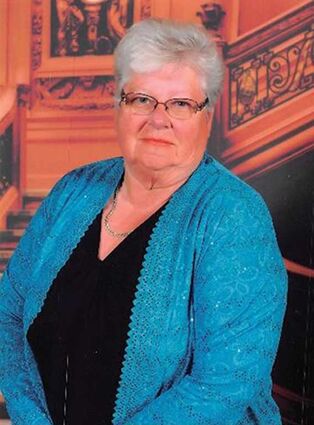 She was born on June 18, 1942 in Kokomo, Indiana to Ruth Vurpillatte.  She moved with her mother and older sister to Lingle, Wyoming.  She graduated from Lingle High School with the class of 1960.

On May 12, 1961 Vicki married Charles Paul Wiant, they recently celebrated their 60th anniversary.  In 1964, Paul and Vicki moved their family to Cheyenne where she has resided since. Vicki served as the Laramie County Treasurer from 1985-1999.

She was preceded in death by her mother Ruth Vurpillatte, two brothers Jack and Donald (Buster), and sister JoAnn Christensen.

Services were held on June 30th at 11 a.m. at the Cheyenne Hills Church with a reception at 12:30 at the Moose Lodge. A grave site service was held in Saratoga on July 1st at 2 p.m.