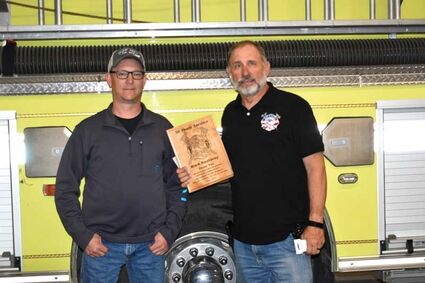 People who know Hanna Fire Chief Mark Kostovny know he didn't want a big deal made out of him hitting the 30 year mark working as a firefighter.

His crew, however, insisted and a small award party was held for him on June 24 at the Hanna fire station.

"They made it very clear, that they were not going to let this-more or less-milestone pass by without some sort of acknowledgment," Kostovny said.