And the party never ends 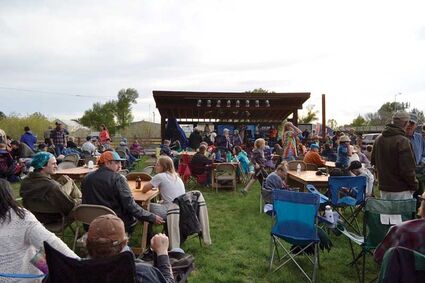 Music at The Yard has been a near constant discussion for more than a decade. The discussion may continue this year.

The history of a local music venue known as The Yard is long and fraught, and may be gaining a new chapter this summer. The Yard, owned by Chris Shannon and Cindy Bloomquist, is located across from the Angus England American Legion Post 54 on Southeast River Street in Saratoga.

One of the first major incidents with music in the Valley occurred at the July 6, 2010 Saratoga Town Council meeting. In the meeting, members of the town came before the council to ask why a musical festival at Veterans Island had been shut down at 10 p.m. for "no reason". The reason given by the council was the perm...