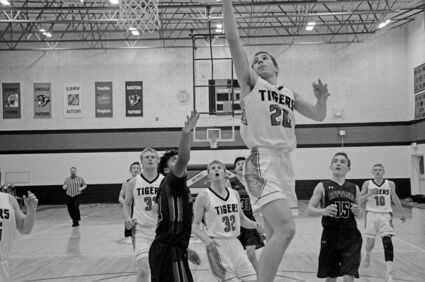 Dalton Peterson gets height on the basketball court.

While the regular football and basketball seasons may be over, Encampment's Dalton Peterson has a busy off-season as he transitions from high school to college.

Along with the honor of being named to two different All-Star rosters, Peterson was also aw...