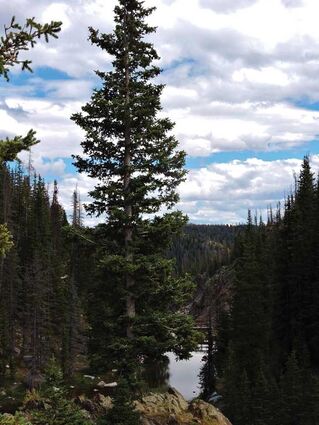 This view of the Tipple Trail bridge is just one of the spectacular sites along the now open Snowy Range Scenic Byway.

A sure sign of summer on its way, both scenic byways into the Platte Valley were officially opened last week by the Wyoming Department of Transportation (WYDOT).

The first byway to open was Wyoming Highway 70, which officially opened on May 20 according to a press release from WYDOT. Also known as the Battle Pass Scenic Byway, this 23 mile section of highway connects the Encampment/Riverside area with the Little Snake River Valley as well as providing access to various United States Forest Service roads and Hog Park Reservoir.

The Snowy Range Scenic Byway on Wyoming Highway 130 followed a...