No camping along North Platte River in Mullen Fire scar 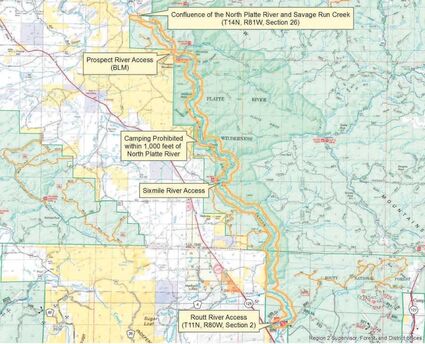 This map, courtesy of the United States Forest Service, shows the length of North Platte River in which camping is not allowed until further notice.

As spring run-off begins and the snow turns to rain, potential hazards from the Mullen Fire are beginning to impact potential early season recreationists.

The portion of the North Platte River impacted by the closure extends from where the river flows across the Routt...