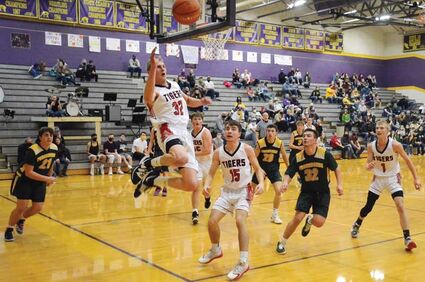 Though the Encampment Tigers had been able to make appearances at the 1A State Basketball Tournament the past few years, they won't get the chance this year.

On Thursday, the Tigers–like many teams throughout Wyoming–dealt with the "one-and-done" format of the modified regional tournament as they competed in the 1A Southwest Quad in Saratoga. Coming into Saratoga's Panther Den, Encampment faced the Farson-Eden Pronghorns, with whom they were tied for the No. 2 seed in their conference.

The Pronghorns themselves were seeking a return to Casper. While they dealt a last second loss to th...