"The Panthers began their day against Glenrock winning the dual by a 42-36 team score," Mason said.

He said the next dual tested the Panthers.

"They wrestled Lingle Ft. Laramie/Southeast next, losing the dual 18-60 in a rough outing for the Panthers," said Mason.

The last dual went back to favor Saratoga.

Mason hopes the team will do well in the coming weeks. 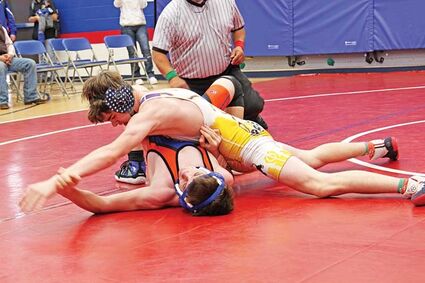 "The Panthers look to dig deep and improve with hopes of still qualifying several wrestlers for the state tournament in February," said Mason.

The head coach had some good words for his grapplers.

"Congratulations to Slayd Daley on his impressive 3-0 individual performance, that earned him Panther Wrestler of the Week honors," Mason said. "Cale Mowry also picked up a big win against Anthony Solas of HEM, to whom he had lost to previously."

Saratoga will be hosting Wind River and Greybull for a couple wrestling duals at home this Friday, January 29th.