New council sworn in at Medicine Bow, one vacancy declared 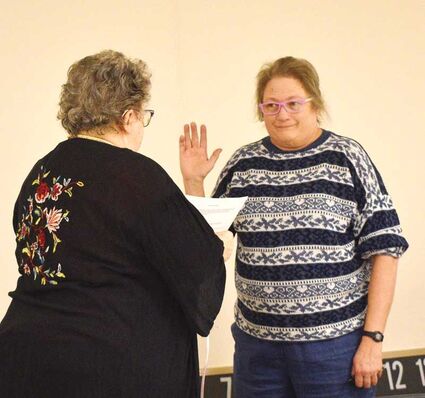 At their first meeting of 2021, three of the four people elected to Medicine Bow Town Council took their oaths of office.

While Sharon Kahl, Lucy Schofield and Cindy Chace were all sworn in. Trevor Strauch, who has served on last council was re-elected, opted out of another term.

He explained that he had not wanted to be considered when the primaries started, but he was written in. Strauch said he declined to be a candidate then, but the residents of Medicine Bow must have hoped he would change his mind and he was written in again.

Strauch thanked the town for its confidence in him and said...