Encampment claws their way into season 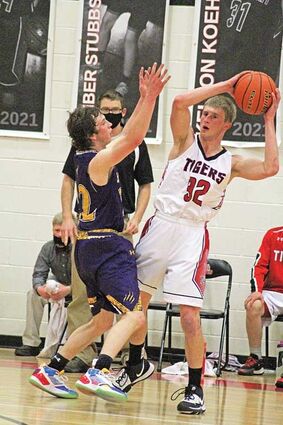 Kagan Gilbert looks for an opening against Saratoga.

The Encampment Tigers continue to show that they have what it takes to compete in the tough 1A Southwest Conference and in the 1A Conference as a whole. In the past two weeks, the Tigers have secured wins against both 1A and 2A teams while on the road and at home.

On January 7, they took the sting out of the Pine Bluffs Hornets and followed with a successful game against the Hanna, Elk Mountain, Medicine Bow (HEM) Miners on January 8. This past Friday, Encampment hosted the Saratoga Panthers for their first home conference game and their first conference win of the season. The Tigers then h...