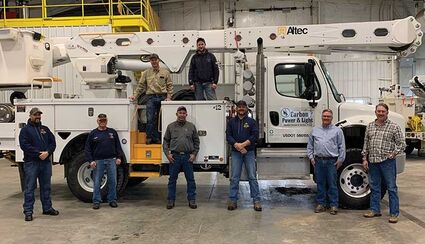 On December 18, Carbon Power & Light, Tri-State Generation and Transmission Association, and the Wyoming Rural Electric Association made a donation to three area fire departments as part of their effort to support six local fire departments following the events of the Mullen Fire earlier this year.