Slowing down the Cyclones 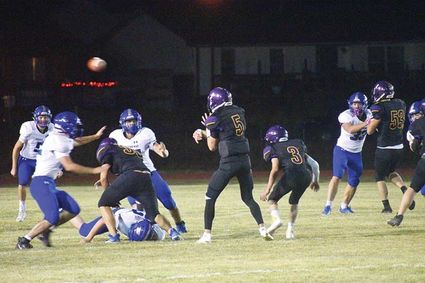 The Panthers were in contention against a top ranked Southeast Cyclones until the last five minutes of the game.

The Southeast Cyclones are not used to being scored on much this season, much less minutes into a game. That is exactly hat happened when they faced the Saratoga Panthers in the game on October 9.

The Cyclones are undefeated and a No. 1 team, so Panthers Head Coach Logan Wright wanted to get on the board fast.

Panther Heston Fisher came through for Saratoga with the first score in the beginning minutes of the 1st quarter.

"That was the plan," Wright said. "Get the ball to start, go down and score and see how they respond. Southeast has never been put in that situation this season."