The mystery of the missing tombstone

Years after disappearance, tombstone of Lillian Turn found in Colorado 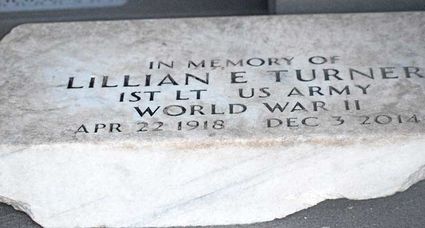 A grave marker resurfaced after disappearing for over five years.

"Aunt Lily (Turner) passed away in December of 2014," Hanna resident Pam Paulson said. "She was a veteran and, at the time of her death, I ordered a veteran memorial headstone."

Paulson said she was told to make the headstone she wanted, it could take a year. So as time went by, she didn't worry about the tombstone until about a year and half had passed.

"Then I got curious to why it was taking so long, so I got in touch with mortuary," Paulson said. "The guy who I had put the order in with was no longer there, so I put in another order."

She said the gravestone came within six months and i...