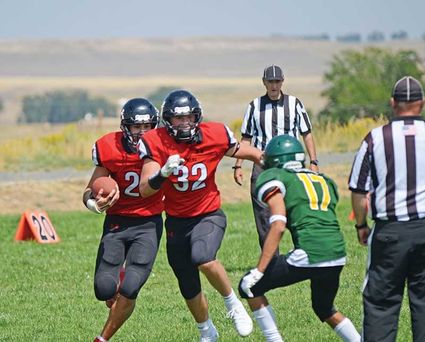 Last season, the Encampment Tigers hit the gridiron for the first time in nearly 30 years. None of the games counted towards a conference win, but that didn't appear to stop them. This season, the Tigers will take to the field as a contender in the six-man conference.

While their season won't officially start until this weekend, Encampment hosted their own jamboree on Friday and scrimmaged against the Dubois Rams, the Guernsey-Sunrise Vikings and the Farson-Eden Pronghorns. Head Coach Kegan Willford is looking forward to a competitive season.

"It was great to get out and play against some...