Where credit is due 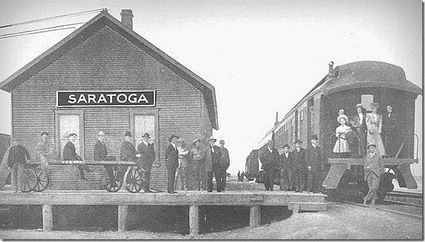 Original Saratoga Depot built in 1915. In 1979 this structure was moved to east of Shively Field on the south bench to house the Saratoga Museum.

Thanks for publishing histories of area museums in Carbon County. I'm looking forward to the rest of the series.

Although I appreciate the article concerning founding of the Saratoga Historical & Cultural Assn. and Saratoga Museum, the piece gave me WAY MORE credit than I deserve. Yes, I was one of the founding members, but played only a modest part–mostly with newspaper articles, editorials and donated advertising–in establishing the organization and museum.

The real credit has to go to folks like Elva Evans, first SH&CA president and initial museum director, along wit...