Hanna Landfill gets ready to close

As Hanna Landfill prepares to close, a new face looks to put things in order 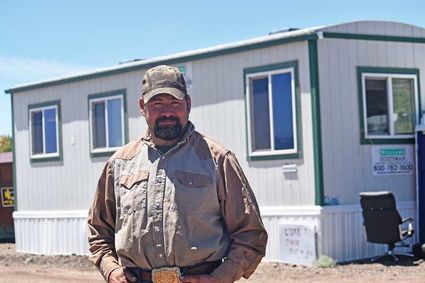 Robert Young, the new Hanna Landfill manager, gets ready for dozens of contractors to survey the dump.

The Hanna Landfill will close June 27 as a general dump for the towns of Elk Mountain, Hanna and Medicine Bow. To get the job done, roughly two dozen contractors went out to the landfill on Thursday to survey what needed to be accomplished for the closure. After looking over the landfill bids were submitted. On June 26, the bid will awarded.

Watching the trucks come into the dump was Robert Young, the new landfill operator. He came to work at the landfill about three weeks ago.

The landfill was a mess, not because it houses garbage, but because previous employees had not kept up with the wo...