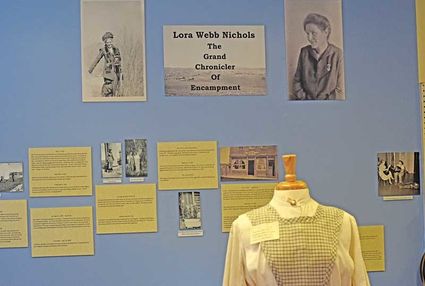 The Lora Webb Nichols exhibit is new to the Grand Encampment Museum.

Anderson currently lives in Nichols' house and has been presenting GEM with artifacts of the Valley's famous photographer over the years.

"It captures her essence," Anderson said. "There is even a blue wall. She loved blue."

Tim Nicklas, GEM museum director, is the force behind the exhibit.

"I think it came out pretty well," Nicklas said. "She deserves this scale of exhibit. If I coul...