HEM senior Brendon Reeves to play basketball for the Statesmen 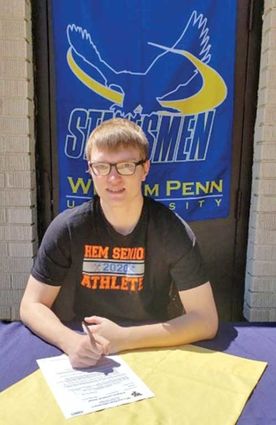 Brendon Reeves finishes signing his letter of intent to go to William Penn University for basketball.

Reeves is the son of Tara and Cain Johnson and Kyle and Brandi Wilson. He started s...