Giving back to those who give their all

Provident Realty of Saratoga now a Homes for Heroes affiliate 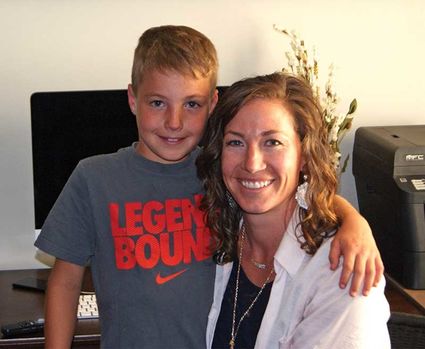 Jezria Collins, posing with her son Quinn, started Provident Realty in August 2018 and recently become an affiliate for Homes for Heroes.

For Jezria "Jez" Collins, there is something special she feels about helping someone achieve home ownership. The real estate industry runs deep for Collins, who first obtained her broker's license at the age of 20 and whose mother, Andrea Shepherd, founded ERA Shepherd and Associates in 1997.

In August 2018, Collins struck out on her own and put her years of experience to work as she founded Provident Realty. Now, nearly two years later, she is adding to her business as she has recently become an affiliate for Homes for Heroes.

"Homes for Heroes was initially inspired by the events surround...