One of the Best 40 in Saratoga

Wyoming Business Report honors the editor of the Saratoga Sun 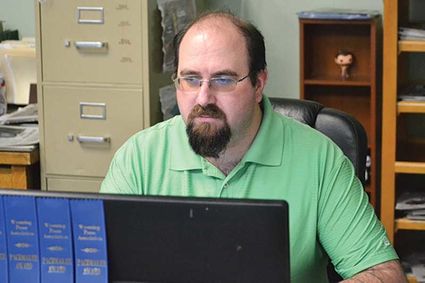 Joshua Wood, editor of the Saratoga Sun, at work.

Joshua Wood loves the communities of Carbon County that he has lived and interacts with on a daily basis.

He got his dream job of being a reporter for the Saratoga Sun, a little over two years ago where he was able spotlight different stories of the Valley. When the tragic death of Saratoga Sun editor Keith McClendon occurred, he found himself trying to console the community and work alongside the grieving staff to keep the paper going.

A few weeks later he found himself in the position of editor and had to use his skill set of knowing the communities the paper served. He...